Those who are awakened find it difficult to even think that there is or there can be a world. Just this morning I was talking to a sannyasin. She had come and she was asking when she would get rid of all this misery and anxiety: "Sometimes it appears that it has happened, but then again I revert to the same misery." I told her that I am also in a difficulty. Slowly, slowly it has become very difficult for me to even understand how misery becomes possible, how it becomes possible for misery to occur. It is not that I was never in misery. I was, but now I find it difficult to understand. It is as if somewhere far away in the past one might have seen a snake in a rope and now, on remembering, one finds it difficult to grasp how it was even possible to see a snake when it was a rope. And if somebody is still seeing the snake, it becomes a very difficult situation for me. The difficulty is that what is appearing to you like a great question is no longer a question at all to me, an
Trimiteți un comentariu
Aflati mai multe »

The Truth About Hair And Why Indians Keep Their Hair Long 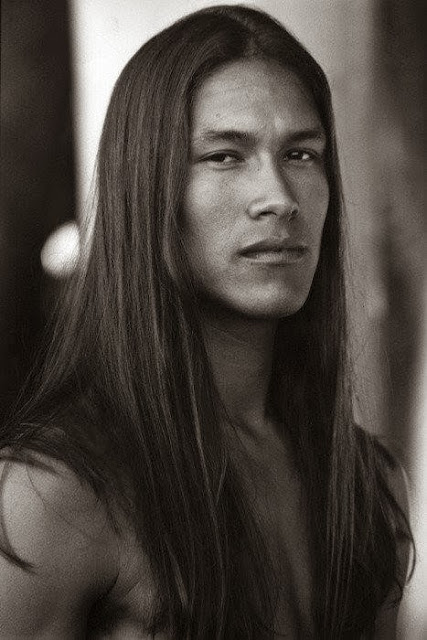 This information about hair has been hidden from the public since the Vietnam War. Our culture leads people to believe that hair style is a matter of personal preference, that hair style is a matter of fashion and/or convenience, and that how people wear their hair is simply a cosmetic issue. Back in the Vietnam war, however, an entirely different picture emerged, one that has been carefully covered up and hidden from public view. In the early nineties, Sally [name changed to protect privacy] was married to a licensed psychologist who worked at a VA medical hospital. He worked with combat veterans with PTSD, post-traumatic stress disorder. Most of them had served in Vietnam.  Sally said, “I remember clearly an evening when my husband came back to our apartment on Doctor's Circle carrying a thick official looking folder in his hands. Inside were hundreds of pages of certain studies commissioned by the government. He was in shock from the contents. What he read in those
Trimiteți un comentariu
Aflati mai multe »

The Psychology of Being: The Golden Key - Chapter 24 - From Unconciousness to Consciousness

mai 28, 2018
OSHO, WHAT IS THE FUNCTION OF MIND IN RELIGION? The mind is the most complex phenomenon in the whole of existence. It will be a little difficult to understand the function of mind in religion. You will have to go through three doors. The first is the modern western psychology's attitude about mind. Psychology says mind has three functions: cognition, thinking, feeling. Through cognition you become aware of the whole objective world around you. Everything that you see, hear, taste, smell, touch -- it is all cognition. The world is known through cognition. The five senses are the five ways of knowing the world. But through cognition there is no way to know yourself. Just because through cognition you can know only the world of things, Western psychology has dropped the idea of being, of your innermost self. It is a very strange situation, because they say you become aware of the world through cognition, but they deny you. Who becomes aware of this objective world? Who se
Trimiteți un comentariu
Aflati mai multe »

mai 22, 2018
OSHO, WHERE DID THE DEVIL COME FROM WHEN HE APPEARED TO ADAM AND EVE AS A SERPENT? A very simple principle has to be understood. If you lie once, then you will have to lie a thousand and one times to protect the first lie. Still it remains unprotected; those one thousand and one lies cannot make it a truth. They may repress it, but it is there. And in fact they are all lies, so every lie, in its own turn, needs again protection. And you cannot protect a lie by any truth. Truth needs no protection. When you speak the truth it is self-evident, complete. Nothing else is needed, no support. It has its authenticity in itself. The lie is empty. It has no evidence. But you can befool people by telling a series of lies. Perhaps one they may find out, but when thousands of lies are told, it is very difficult to find out in this crowd the basic lie. God is the basic lie -- so basic that it needs thousands of theologies in the world to protect it. Still it is not protected. Still God
Trimiteți un comentariu
Aflati mai multe »
Mai multe postări